Teaching is Harder Than Being in the Army 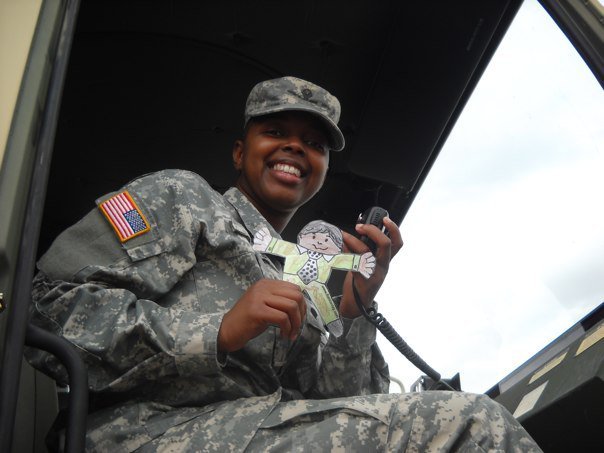 After teaching Elementary Music to roughly 800 kids in grades K-5 for 14 years in an urban setting, and after being an enlisted member of the Armed Forces since 2008, I can very easily say that teaching (under the present circumstances)  is harder than being in the Army.

Yes, the Army is full of structure and time constraints and deadlines just like the world of teaching I come from.  But the Army afforded me more freedoms than the current set up for educators in my experience.

I didn’t have to follow a script in the Army.  All I needed was a solution to a problem. Of course, during Basic Training, any answer you come up with is wrong.  (The sight of wide brims still make me cringe on the inside).   In teaching, I had to follow a script.  There was exact wording that HAD to happen in order for me to be considered a competent educator.  That boggles my mind a bit because the students I taught didn’t have scripted lives and I just couldn’t see how the script I had to follow benefitted those children even one little bit.  I often chose to NOT follow the script.  Consequently, I had been called to principal’s office more times as an educator than as a student.  My kids needed a right now teacher with some right now speak- not some preprogrammed, cookie cutter, nonsense written by someone who needs a clue about human interactions- especially when it comes to recognized child pedagogy.

I can go to the bathroom at will in the Army.  Granted, you might have to utilize the tree line (that means go wee in the woods for you civilians), but doggone it, if I had to go I could go.  In teaching, I tried ever so hard to train my bladder and time my water drinking to sync up. I had to maximize the sliver of time scheduled for me to take care of any and all business to include addressing bodily functions, eating lunch, calling or emailing a parent, checking up on a student who needs some TLC, cleaning up and resetting the classroom for the next block of instruction, etc.  This was all supposed to occur in 30 minutes.  All of it.

I can take a day off in the Army and the job will still get done.  There are tons of people cross-trained to do whatever it is I’m already doing in the Army.  I’m telling you, we Army folk really are the masters of working smart and not hard.  There are however, two kinds of soldiers- strong soldiers and smart soldiers.  Many times I chose to be the latter.  But in teaching, no one could stand in front of my babies and deliver a lesson with my finesse and forte.  There is no replacement, or back up, or someone who’s cross trained as a music educator to readily jump in my spot.  I didn’t want anyone else in front of those kids BUT me.  I’m the only one who can deliver the content my special way.  I and my methods are irreplaceable.

Teaching these days is not even remotely close to how it used to be.  We’ve seen better days in education.  I have barely begun to skim the surface of the tremendous inadequacies and wrongdoings being carried out by the powers that be in the land where I used to teach.  That’s right- used to teach.  I resigned.  Opened up my own business so I can teach my way with no script, use the potty at will, and take a day off without fear of retaliation or poor evaluations.   Kenya’s Keys Voice & Piano Studio came to exist in part because my pay raise as a teacher was being tied to how well 2nd and 5th graders could sing “Are You Sleeping”.  Are you kidding me?

Army life is certainly one that many folks may not be able to wrap their heads around.   People on the outside looking in may think that the Army is a negative entity.  I remember a teaching colleague telling me, “You know you’re going to war?” when she had learned of my enlistment.  So I guess in her eyes I’d suddenly become a top of the line 11B (Infantry) soldier ready to kill at will simply because I was ordered to do so.  But those of us who serve know that’s not even remotely how war works.  Sometimes, there are no more clearly defined battle lines that have to be defended.  What being an educator and being a soldier share is that no one forced me to sign up for either and there aren’t an overwhelming number of people flocking to do join the ranks as an educator of a soldier.  Even so, as it stands now, teaching,  as it is now, is harder than being in the Army.

Get your music mojo with Kenya’sKeys!